The Modern TimeDiscovering the best in Innovation.

Technology has long played a significant role in society. Changing just about every avenue of life as we know it. Who would have thought that one day we may all be riding in self-driving vehicles or paying for commodities at self-checkout lines, right?

The focus on Artificial Intelligence in recent years has produced some astonishing ideas. Finance AI and Social Media algorithms are just a few examples of the substantially increasing use of AI technology. Many people believe that one day the world as we know it may even be controlled by robots.

This idea sounds great to many of the world’s top innovators, as it affords them the ability to experience in real-time, what they could once only dream of, talk about high out of their mind on a spliff, or witness in sci-fi movies. The idea of a world dominated by artificial intelligence gives many skeptics the “Skynet vibes”.

It may be very unlikely that robots could start a revolution against humans for global domination, as we’ve seen in the movie iRobot, but there is still a cause for concern. Some of the world’s wealthiest and most talked about tech geeks have given us a broad view of some of their wildest tech ventures. Could you imagine uploading your brain into a computer, or having your face completely owned and controlled by a robotics company? That’s just some of the crazy things that are being worked on in the future-tech industry.

Here’s Five of the wildest Future-Tech Concepts that the masses are concerned about.

Imagine passing by a car on the highway only to discover that there’s no one in the driver seat? Shocking right? That’s exactly what companies like Tesla Motors and Mercedez Benz are working on with their Self-Driving Vehicle technology. A self-driving vehicle, a driverless car or an autonomous vehicle is a vehicle that can drive itself from one destination to another without direct human control.

Utilizing a combination of Cameras, Sensors, GPS, and Artificial Intelligence, the self-driving vehicle can go anywhere a human can, while performing all of the functionalities that any regular driver would on the road. Waymos, an autonomous driving technology developer, along with many other artificial intelligence companies are working to produce a car that drives itself on the road.

Many people are concerned that autonomous vehicles may increase the number of accidents on the road due to glitches and technological limitations that can only be done by an actual person behind the wheel. Who would of thought that one day cars would be driving themselves along the road right?

Have you ever gone to the grocery store only to discover that there’s a shortage of your favorite foods? What about the current rise of Genetically Modified Foods and Ingredients in Western countries that has taken the market by storm, causing an uproar around the world? Many Ecologists allege that one day there will be a massive food shortage. To combat this alleged shortage, scientists have begun experimenting with Lab-Made foods.

Lab Grown Foods, in short, are foods that are artificially produced in laboratories through one of several means: Genetic Modification, Muscle Cell Harvesting, or Synthetic compounding, among other methods. For example, Lab Dairy is produced by adding the DNA of cows to yeast cells.

Another creepy invention, lab grown meat such as lab beef, or lab grown steak, is produced by harvesting the muscle cells of cows in order to produce an artificial beef-like product. It’s no question that many people are puzzled and even upset with such outlandish experiments. There is much uncertainty surrounding Lab Foods, including the possible dangerous effects of producing as well as consuming such products.

We at the Modern Time believe that much of the worry that scientists claim to have concerning alleged food shortages is largely due to the greed of the food industry. Who are always looking for more ways to profit off the masses without spending substantial time, effort and money.

Secondly, we can only imagine how much money the big pharma will reap as more people begin to suffer from unimaginable sickness and ailments because of eating unnatural foods. We recommend switching over to a vegetarian diet and starting a garden if you are concerned about food shortages.

READ: IS IT HEALTHIER TO BE A VEGETARIAN?

Neuralink is a neurotechnology, biochemistry and robotics company co-founded by famous billionaire Elon Musk. Although much of the information surrounding Neuralinks objectives is shrouded in mystery, a few things have been discussed regarding their plans. Neuralink is a neuro technology company that is working to develop a wide range of advanced brain to computer technology. Talks have been surfacing on what the internet calls the “Elon Musk Brainchip” which may humorously describe one of Neuralinks prototypes.

They have revealed in recent times their first prototype of ultra-thin probes which they would like to have implanted into the brain by neurosurgical robots. These probes are supposed to allow direct control of robotic technology. The probes have wires that are designed to identify electric signals in the brain and transmit data to electronic devices.

In short, Neuralink plans to implant microchips into the human brain in order to download its’ data for the purpose of controlling technology with the brain..or vice versa. So far, rumors have gone around that they’ve been experimenting with this tech on animals. I know many animal lovers are probably enraged upon hearing this.

One can only imagine how creepy this sounds to many people, and how worried many are about the dangers of lacing someone’s brain with electronics. Looks like they’re working on producing the world’s first android. 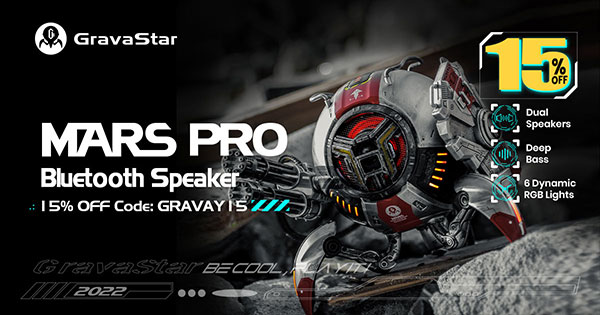 6 Emerging Technologies that will impact the world.

Military Cyborgs, or Military Robots are next on our list and if you thought Neuralink was wild, this one may not be any less. Military Cyborgs are robots that are specifically designed to carry out advanced military operations.

One of the most strenuous tasks for military soldiers involves carrying heavy loads, enduring spontaneous combat events, and all while maintaining their stamina and emotional intelligence in a warzone.

Military Cyborgs are designed to do all of this without the limitations of the human body, such as fatigue or muscle strength. They are also designed to carry and use firearms with pinpoint accuracy and lightning speed, threatening the lives of even the most stealth or hidden operatives.

Military Robots, such as the IED robot or the Military Robot Dog have long been a modern invention deployed in battle for running surveillance and disarming explosives, but Military Cyborgs threatens to take it up to another level.

Can you imagine an elite squadron of Military Cyborgs if Martial law was ever declared? The question remains, just how insensitive and error-prone would a military robot be to innocent civilians?

Deepfakes are some of the latest technologies to be used by the average consumer. Many people have seen them being used more often on platforms such as Tik Tok, Snapchat and Instagram. A Deepfake is basically an artificial intelligence technology that replaces a person’s face, figure and even voice with a realistic model or transcription in the likeness of another person.

By analyzing a photograph or video, deepfakes can transform a person’s onscreen look into just about anyone else. Referred to as “synthetic media”, deepfakes are concerning to many people as technology advances, largely due to how real some of the imagery can look, fooling many people.

In Hollywood, Deepfakes were used to make stunt doubles appear more like the characters they portrayed. In the hands of everyday people, deepfakes can be highly deception. Deepfakes are becoming harder to spot as artificial intelligence becomes more advance, fooling even some of the most tech savvy in the modern time. A youtuber posted a video of an Ariana Grande Deepfake prank on Omegle which shocked many viewers.

These are just a few of many shocking technologies that are being developed in the modern era. Who knows what further developments we will see in the world of technology as time unfolds. Do you know of any more interesting tech that we didn’t cover here? Let us know in the comments.

We are The Modern Time. Discovering the best in innovation.

Drones are the latest technology that is attracting a lot of attention. Many companies are realizing the potential...
Science / Tech

Shawn Morrison, 49, of Charlotte, North Carolina is a Licensed Insurance Agent who started his profession in life...
Resources

What is Kotlin? Where can I learn it? (Kotlin vs Java programming)

If you're a developer, you've probably heard of Kotlin. If you're new to programming but interested in developing...
Science / Tech

Software engineering is formed by a set of methods, tools and techniques that are used in the development...

Drones are the latest technology that is attracting a...

Have you heard of the Million Dollar Homepage? It...

How to change your domain DNS address (Namecheap)

You're done registering your domain with Namecheap and purchased...

Squarespace is a website builder that was created to...